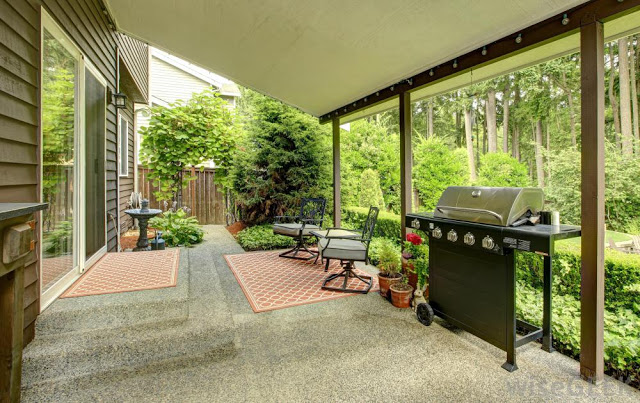 If you don’t already know or new to the English language, the major differences between both a patio and a porch is in:

They are usually designed for quite the same kind of reasons, and are in many cases both have about the same size and shape. They both are, traditionally, built at the front and rear of people’s homes, although but this is not always the case.

The difference is also quite apparent in the names given for each place.

And although these are the traditional meanings, there are still folks out there who wish to construct a patio-like platform in some place other than the backs of their homes, and vice versa!

Porches were originally used for reasons of sitting or a gathering, whilst patios are in most cases a lot bigger and able to house a dining table or sitting space, for occasions such as eating under the stars, as in good old fashioned Aussie barbecues.

In addition, yet one more difference between the two is that a porch is in nearly every single case always covered by a roof and patios mostly aren’t.

If you care to look around, you will see that both patios and porches are becoming more and more popular nowadays, so if you’re interested in having one built, make sure to sue a builder that you can trust.

Regular Window Cleaning: Why Is It Crucial?

Preparing Your Gutters for This Up-and-Coming Autumn and Winter

A Timeline of a Family Move

Turn Your Smart Phone Into a Home Security System

5 Reasons Why You Should Seal Your Asphalt Driveway

How Much Does Land Cost In Texas?

What State Has The Cheapest Land Per Acre For Sale?

Give Your Room a Happy Makeover

Get Durable Wooden Window Shutters For Home And Keep Sunlight And...