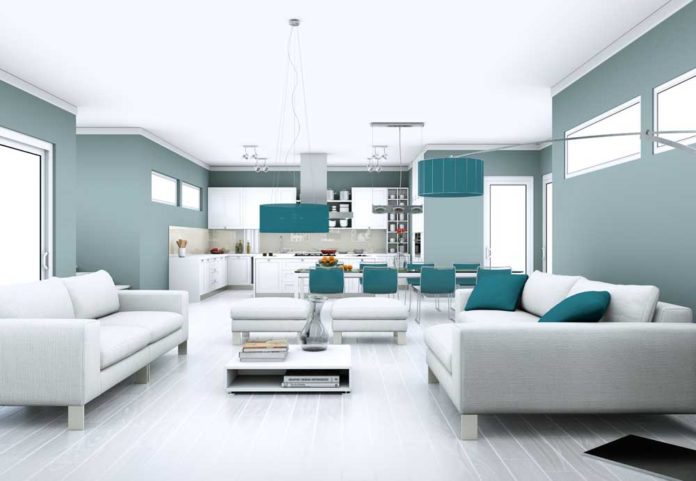 Anyone who is considering some type of Home Improvement project will need to consider the impact of rust. Rust can be superficial; however sometimes it can be quite problematic and very expensive to replace. Most commonly rust is found in the bathroom sink, around the faucet railings, gutters and downpipes. It can also form in concrete pillars from the internal metal bars and it can also form on concrete pathways and driveways where there is a high level of iron in the water.  Additionally metal outdoor furniture can start rusting and it isn’t noticed until the paint starts peeling off or the furniture is moved and rust is noticed under the legs.

Rust is formed when iron reacts with oxygen when it gets moist/wet.  The iron changes its chemical structure and is significantly weakened.  Homes near the coast have the additional problem of salt from the sea as salt quickens the rusting process.  Rust can be easily identified as the metal turns a reddish orangey brown and typically when you run your hand over it, it will come off in a powder or flakes.

Can Rust Be Prevented?

In most cases, no…it is inevitable. There are things which you can do to try and stop rust from starting and there are some very powerful rust prevention products on the market, but you need to apply it before the rust starts, because once it appears there is not much more you can do.  Whenever you are using metal in a Home Improvement venture you should consider how you can rust proof it before it is installed.

Stainless steel is a great coating to stop rust and using metals which are galvanized are the best choice.  The weakness with galvanized metals is that where the metal is joined, drilled, scratched or cut the galvanization no longer provides protection, so this is where the rusting will start.

Rust will develop at different rates depending on different scenarios such as:

In addition to using stainless or galvanized metal there are coating which you can apply to metal to try as best as possible to stop rust forming.  The easiest way is to paint the metal with paint, or you can add a coating such as Anhydrous Lanolin mixed with Paint Thinner.  Oil and grease also provide a great barrier.

If you are trying to fix a rusted area without replacing the metal this is possible.  Any loose rust need to be removed and the area scrubbed thoroughly.  Chemicals like WD40 can then be applied followed by a coating of Waxoyl.

The rusted area can also be treated by applying strong chemicals which will react with the rust turning it bluish black.

So there are several ways which you can attack rust, either by choosing materials to reduce the formation of rust or apply coatings to the metal to protect it from oxygen and moisture.  It can be heartbreaking to see areas of your house starting to fall apart because of rusting and it can be quite unsightly.  Don’t get yourself caught up in redoing the same Home Improvement project because you didn’t plan well enough or take adequate precautions when doing the work.

Regular Window Cleaning: Why Is It Crucial?

Preparing Your Gutters for This Up-and-Coming Autumn and Winter

What to Consider in The Best Granny Flats

4 Tips On Decorating Your Sweet Home With Rugs

Emergency Home Repairs on A Budget

What to Consider in The Best Granny Flats

How to Make Your Bedroom a Sleep Sanctuary